Using The Power Of Words To Change The World

A New Slogan for Milwaukee and Wisconsin this Primary Election Season 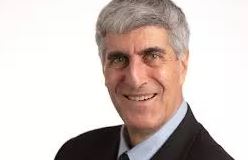 Milwaukeeans and Milwaukee fans the world over are familiar with the slogan “I Closed Wolski’s” thanks to a bumper sticker that was printed initially to honor their extra-loyal regulars in the mid-1970s. With respects to the century-old tavern, now’s the time for a new slogan to honor another fabulous Milwaukee institution: U.S. Senate Candidate Peter Peckarsky.

“I’m for Peckarsky” is more than a slogan – it’s a war cry to send a home-grown product to represent the true values of Wisconsin’s people and families in Washington D.C. For those who aren’t quite familiar with him, Pete Peckarsky is a 1973 graduate of the north side Milwaukee Washington High School, who went on to a highly accomplished career as an engineer, journalist and lawyer. He was a White House correspondent, a champion for voter’s rights and consumer protection, and a consultant on strategic nuclear weapons forces and platforms to the Office of the Chief of Naval Operations and on intelligence analysis to the Director of Naval Intelligence.

In the aftermath of the Democratic Party of Wisconsin’s (DPW) Convention last June, I was quite surprised that Lieutenant Governor Mandela Barnes won the straw poll among a vast pool of candidates vying for the Democratic nomination to challenge incumbent Ron Johnson for the U.S. Senate seat this November. Even the well-funded Alex Lasry of the Milwaukee Bucks’ Lasrys finished 3rd place to Barnes, when many including myself thought Lasry was going to clean up at the La Crosse convention a few weeks back. While it’s pleasing to see that DPW delegates were not kissing the money ring, and I know from personal experience that Barnes is impressive even in virtual meetings, I think we Wisconsinites owe it to ourselves to pay closer attention to what Peckarsky could do for our state and the country in the U.S. Senate.

It’s a crowded pool of candidates, and they all have their fine qualities – including Lasry. But with the U.S. Congress more polarizing than ever, don’t we owe it to ourselves to send a home-grown Wisconsin product with a world of experience and expertise in areas that are important to our nation’s future – technology and security? Having intelligence experts in the U.S. Senate is not a Republican value or a Democratic value – it’s an American value. His loyalty will be to the people of Wisconsin and our fellow Americans, and not to a party or a cult of personality.

If you’re a true Wisconsinite, then I urge you to join me in saying “I’m for Peckarsky!”